The basic architecture of this IBM server, generally: It consists of 2 Xeon Processors indicating multi-processor architecture. The individual RAM consisted of 512 MB. Total 8 RAM slots are present in the server.

Servers often have How-swappable architecture which means we can swap some components when the server is online and running, on the go! Without the need to turn off the server and interrupt it’s work. It is really useful to replace faulty components and to avoid fatal circumstances.

Hot-Swappable things in this server include :

Figure 3 – This is where the processor resides

RAM of the server:-

Nowadays, latest laptops come with DDR4 RAM as they are fast compared to the previous versions!

Figure 5 – Hot-Swappable Power Supply (Up and down)

Like we have our USB drives in our own Laptop/Desktop and we use it like Plug and play, these Hot-swappable Power Supply can be used in the same way without worrying about anything.

There are total 2 Power Supply in this unit which can be attached to make redundancy. When the Primary Fan stops working due to any reason, the Motherboard switches to the secondary Power Supply instantly and we can meanwhile replace the first Power Supply which is faulty with a new one. This makes the server less prone to fatal shutdowns of server which could lead to lots of loss of data and money both for a big company, if they are using this server!

Motherboard, heart of a PC:

We got to know about how Desktop and Server architecture are vastly different from one another. Also, we discovered all the components of Server, their redundancy and how they function together as a single unit. All this in a fun way as we had the chance to disassemble and assemble the server and the desktop unit on our own.

Getting Started with Angular Development

Well there are 2 Angular versions: First is AngularJS and other is Angular2+. In this tutorial series we will see the power of Web Apps made by Angular and leverage it. This post will show Read more… 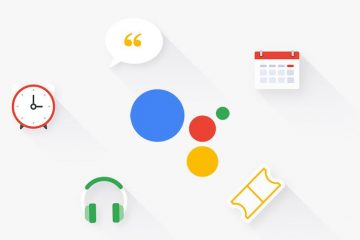 You can visit this blog post to know more about the Google Developer Community Program. This post will only cover the detailed tutorial.  You can make any type of application you want to, but here Read more…