How a classical XSS can lead to persistent ATO Vulnerability?

XSS (Cross Site Scripting) is really one of the most common bugs that we have found atleast once somewhere The thing that is not common is how we report it? Most of the Bug Bounty Programs asses the severity of an issue by considering the worst case impact that a particular POC can demonstrate. For instance, an e-commerce site will not consider a CSRF vulnerability, that can lead to items getting added to victims cart as severe as a CSRF vulnerability, that can force user into changing his email or deleting an account. Similarly, assets like Zomato may not consider it an information disclosure if someone is able to extract public phone numbers and email addresses of their restaurants. It is important to understand your targets before blindly injecting XSS payloads into the form fields. Asking yourself “how is this working?” and what the developer might have thought while working on a particular asset helps you a lot while trying to find bugs.

My friend Yash and I, stumbled across a similar situation while collaborating on a private program. This program in particular had a really small scope and a lot of hackers were working on it before we accepted our invitations. All hackers were given the same credentials for working meaning any xss/template injection that another hacker tried to create could be visible to all the hackers. This is when yash tweeted:

To be honest, in the beginning it seemed almost impossible to get any injection as the application was heavily secured. It was using Angular in the front end which made it almost impossible to create any injections. By default Angular trusts all user’s input as unsafe. You can read more about it here. It was important to understand the application, and I pretty much got idea about the assets that the web application was trying to protect from their policy page. Since, it was relying on angular in the front-end, trying to create an XSS won’t yield anything. While working with the security team, one of their team members revealed:

The application you are testing in: each ‘tenant’ in our system is a ‘company’. The tool is used to onboard new prospects to a client within their company (tenant).

Bingo, that’d mean that prospects would have to be invited to the company. It seemed like a feedback portal that is used by tenants to know their customers. But how are the customers getting invited? It turned out that the customers were sent an email to the fill-up some kind of form to onboard themselves.

So, from my dashboard I sent an email to my other email address and opened the link. This link had the following format:

At first it seemed like this was an SSRF but soon Yash pointed out the request getting sent from my browser. This was a let down for me, because at that time I was voraciously looking for an SSRF. I quickly injected my phishing payload https:%2F%2Fmilindpurswani.com%2Fb%2Fphish.html which resulted in phishing page getting popped into the DOM.

There was definitely an XSS and upon executing https://REDACTED.COM/redacted_url/url;url=javascript:alert%28document.domain%29

Normally this’d be enough for demonstrating a working POC. Accoding to the Program’s policy page, since this was a Reflected XSS, it fell under low/medium severity. We were quite satisfied with this and reported the issue hoping it was not a duplicate. For the next few days, there was no response on this report.

During this time, Yash and I kept working on this asset and it was no sooner that we realized about a few design flaw in the system. These were not a vulnerability within themselves but when chaining with the XSS bought the severity of this report to High(7.1). A few related observations that we made were:

I tested it within the console and it worked! Now the only thing required was to trigger XSS leading it to execute this code. This is what or final POC looked like.

And the data that we received from the victim’s session looked something like this:

Since we were able to fetch the refresh token, we could generate a new authorization token anytime the older one got invalidated.

I hope you guys had fun reading this blog post. Do let me know in the comments how you felt. Feel free to share your suggestions into the comment section. If you have any doubts, DM me on twitter @milindpurswani. 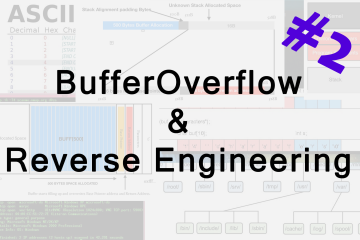 If you have no experience of Python, C/C++ or Bash, I recommend you check my previous post. Moreover, you will also learn about some basics of buffer-overflow and understand the attack that we are going Read more… 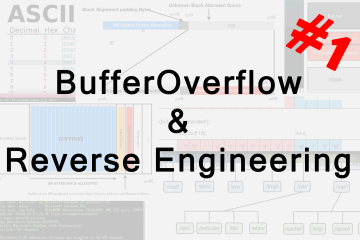 Getting Started with BufferOverflow in x64 machines

This is blog post will lay the foundations to buffer-overflow. I recommend you read this blog first before going to the practical session which is followed in another post. Overview A buffer overflow, or buffer overrun, Read more…